Spanish freight transport platform Ontruck has continued its expansion across Europe. It now connects logistics hubs across the Western and Central parts of the continent.

The extended network facilitate exports from Spain into Portugal, France, Germany, the Benelux and Poland, and imports from across Europe into Spain and Portugal. The expansion is part of Ontruck’s strategy to become a leading end-to-end service provider for shippers in Europe.

Until now, the Spanish startup handled over 20,000 shipments per months, across strategic regional hubs in the UK, France, Spain and the Netherlands. Now, shippers can book full truck loads for long-haul across distribution lanes in Western and Central Europe.

Co-founder Rika Christanto says the growth strategy has always been customer-led. “And an international service is something that our clients have inquired about since day one​. We now have significant platform synergies by leveraging the marketplace technologies we have developed for regional transport into an inter-European service to deliver the same service into a long haul product.”

An international service is something our clients have inquired about since day one.

Tests with Carrefour and Smurfit Kappa

Ontruck has tested the international service in the first quarter of this year for clients such as Carrefour, Smurfit Kappa and GBFoods. Christanto thinks that the Covid-19 outbreak has led to a perfict time to partner with them. “​For example, our automated workflows and big data platform enable over 80 percent of shipments to ​be fulfilled ​with zero human intervention from loading to unloading, a feature that will take on a new significance in the post-pandemic supply-chain.”

80 percent of shipments can be fulfilled ​with zero human intervention.

Ontruck is a digital road freight platform with offices in Madrid, Barcelona, London, Paris, and Amsterdam. So far, it has closed three rounds of financing worth 53.2 million euros. 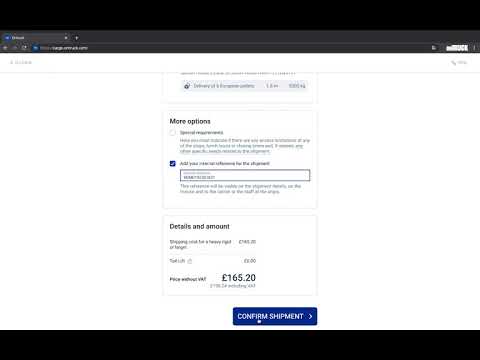